Students from the Indigenous Science and Infrastructure Development School have toured of Gallipoli Barracks in order to gain insight into a potential career in the Australian Army.

Defence remains committed to supporting young Indigenous leaders of tomorrow through education and careers in Science, Technology, Engineering and Mathematics (STEM). Part of this has seen Defence provide support to the Indigenous Science and Infrastructure Development School held in south east Queensland.

Over the past seven years, almost 150 Aboriginal and Torres Strait Islander Year 10 to Year 12 students have been given the opportunity to explore their post schooling options by attending an action-packed five day camp during the July 2019 school holidays. The school inspires up to 30 teenagers at a time, from Brisbane to Katherine to Cairns to take up university study and pursue STEM careers and takes place in Brisbane.

The school is a partnership between WSP Australia (WSP) and Queensland’s University of Technology Oodgeroo Unit and is well supported by Brisbane’s corporate community, primarily focused on Closing the Gap in education outcomes – particularly in the STEM space – for Indigenous Australians. Army Regional Indigenous Officer, Warrant Officer Class One Geoff Frew, plays a key role in building relationships between undergraduate students, WSP and QUT staff, and Defence.

On day three of their program, students from 22 separate schools were hosted by Defence at Gallipoli Barracks, Brisbane to explore post-schooling pathways while learning about a multitude of combat support roles in the Defence Force, and real life examples of Army roles involving science and technology.

The students were provided with security, safety and unit briefings and an insight into the hands-on engineering roles to keep units’ equipment and operations in working condition – for example mechanical and electrical engineering roles supporting a wide variety of Army equipment such as the M1 Abrams tank. They are also provided with opportunities to talk to people in these roles and gain confidence in what a STEM career can provide. The group then travelled to the Brisbane Airport precinct to view the Army’s MRH90 helicopter air capabilities. 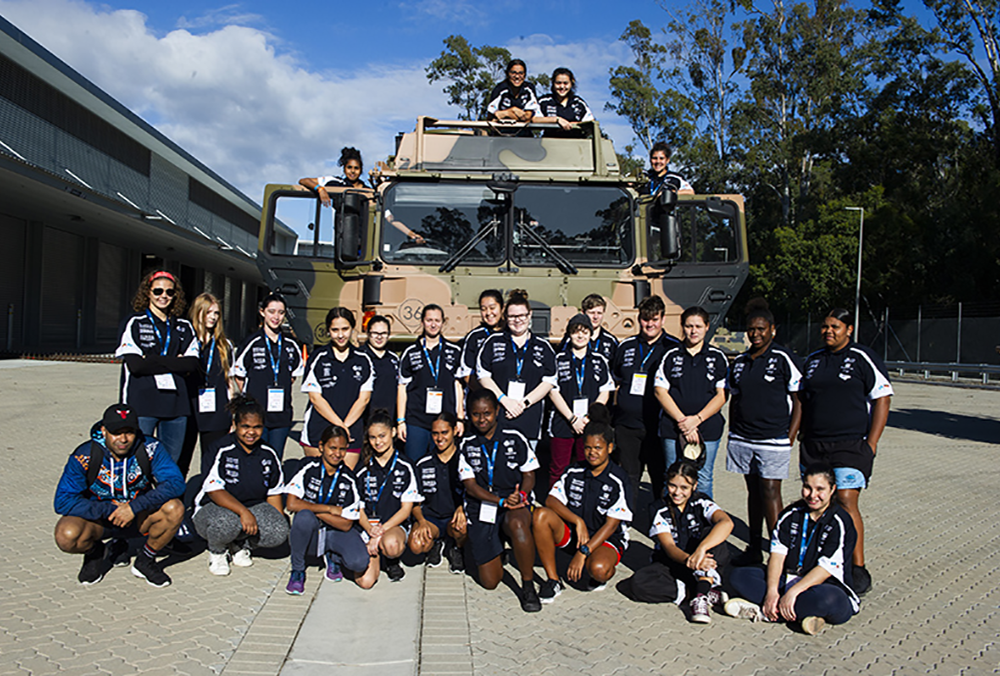 The students visited workshops and were exposed to some of the Army’s newest vehicles at 7th Combat Service Support Battalion, before getting up close to Australian Light Armoured Vehicles and M1A1 Abrams Tanks at 2nd/14th Light Horse Regiment (Queensland Mounted Infantry).